It should be said at the outset that there was not always a Diocese of the Windward Islands. There was a time when the Anglican Church in the West Indies came under the jurisdiction of the Bishop of London.

This arrangement continued until 1824, when by letters Patent issued by King George the Fourth, two Dioceses were created in the West Indies: the Diocese of Jamaica in the West, which included the Bahamas and the settlements in the Bay of Honduras, and the Diocese of Barbados in the East, which included the Leeward Islands, the Windward Islands, Trinidad and British Guiana, as it then was.

Two Bishops were accordingly consecrated in England on 25th July, 1824, and sent out to preside over these two newly created Sees. Dr. Christopher Lipscombe was enthroned as Bishop of the Diocese of Jamaica, while Dr. William Hart Coleridge was assigned to the Diocese of Barbados.

A separate Diocese of the Windward Islands was created in accordance with Letters Patent on the 8th November, 1877.

Our current Bishop, The Right Reverend, C. Leopold Friday was ordained in 2006. 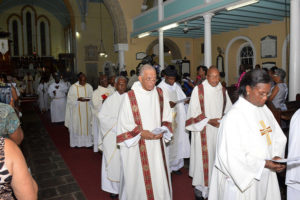 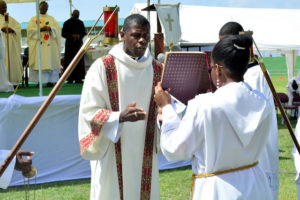 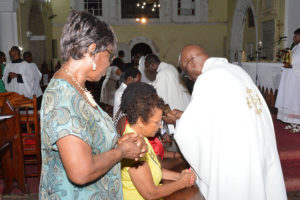 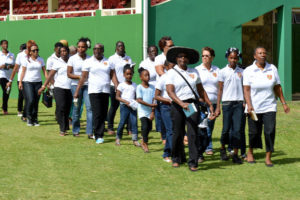